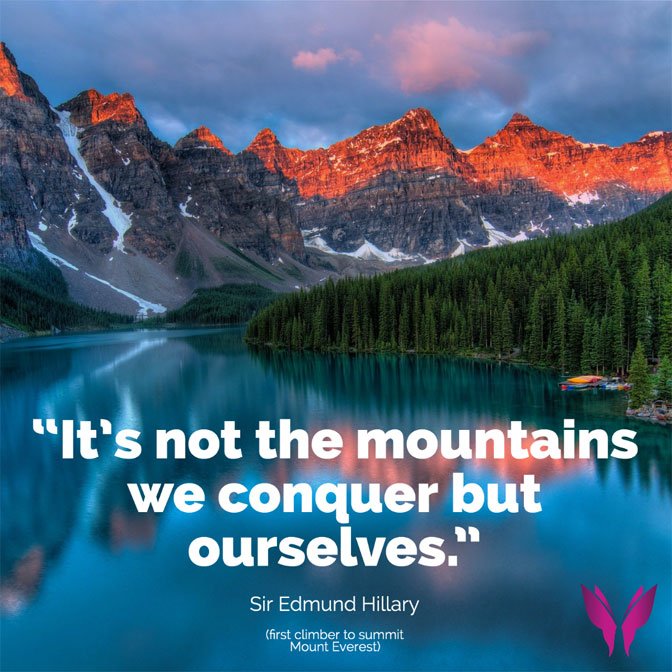 Once upon a time, there was a girl who had a dream, tucked in her ribcage right against her heart. She was afraid of risk, afraid of what might happen if she stepped out to pursue it, afraid of failure. But she did step out, telling herself to have faith, walking in the direction her heart told her to go. She put all her hopes on the line. And she failed. Publicly. Humiliatingly. That failure hurt so badly that the next time opportunity came knocking, she shook her head and whispered no and shut the door.

I wrote that in a post several years back (you can read it here). It still rings true to me even today. A little while ago, after wrestling with myself for a long time, I finally stepped out in faith. I went in the direction my heart told me to go. And I failed, not so much publicly but in what certainly felt like a humiliating way at the time. And so when opportunity came knocking again, I decided I was done being vulnerable, done risking, done being hurt. So I, too, whispered no and shut the door.

But here’s the thing: when I was hiding away and armoring myself, I never felt like myself. I never felt any kind of belonging because I kept showing up everywhere shielded as if I was pretending to be someone else. I also began to feel trapped, small, and suffocated by the walls of the comfort zone I’d built for myself.

I’ve come to find out that sometimes the biggest mountain you’ll ever need to face is your own self. And the only way to reach your goals/wants/dreams/etc. is to conquer what it is inside of you that’s holding you back.

1. A part of yourself that you need to conquer: fear

Fear is most likely the biggest reason there is that you don’t go after what you want. Hands down, it was my biggest reason. Fear is also the reason you procrastinate, avoid, don’t start, never finish, make excuses, stay in your comfort zone, keep you wishing instead of doing, and on the list goes. There are two types of fear, head fear and real fear, which you can read about here.

Fear kept me from stepping out and pursuing those things that deeply mattered to me. It kept me from finding my voice and speaking the truth as I saw it. It kept me confined so that I didn’t go after what I most wanted to have/be/do. Then I realized that life was moving on with or without me, that I was never going to feel ready, that I really could go as slow as I wanted, that I could overcome fear if I just kept speaking strength to myself and walking through it. Do yourself a kindness and realize those same things too. You know you’re stuck in head fear if you have thoughts like these:

Know this too: the key to conquering fear is persistence. If you’ll just speak strength to yourself and keep going in the face of fear, you’ll prove to yourself just how strong you really are.

2. A part of yourself that you need to conquer: self-doubt

Self-doubt comes in a close second because it too causes you not to start and/or to quit before you reach your goal. If you’re like I once was (and sometimes still am, although less often now), you end up defending your weaknesses, giving yourself reasons why not, and generally talking yourself out of going in the direction of your wants/hopes/dreams/desires. Self-doubt really does destroy more dreams than failure ever will because to succeed, you need to both start and finish.

Self-doubt tended to show up as a voice in my head, telling me all my faults, all the times I’d failed before, keeping a record of my inabilities, and on the list goes. I decided to change my mind about listening to that voice and instead tell myself what I most need to hear at any given moment. That’s what speaking strength to yourself is all about. You can and need to do it, too. That voice of self-doubt is not your intuition, which always builds you up and never tears you down. That voice belongs to someone else who, at some point, wanted you to be smaller and more manageable; that voice of self-doubt doesn’t belong to you. You know you’re trapped by self-doubt if you have thoughts like these:

Know this too: the key to conquering self-doubt is persistence. If you’ll just speak strength to yourself and keep going in the face of self-doubt, you’ll prove to yourself just how capable you really are.

3. A part of yourself that you need to conquer: challenges

Challenges, setbacks, and/or obstacles will make you stumble, sure, but they’re also often the reason you abandon yourself and quit. I know because I’ve done just that more times than I care to admit. But challenges, I’ve discovered, are going to happen to you no matter where you are: whether you’re moving forward in the direction of your goals or you’re stuck in the confines of your comfort zone. They are not a matter of if but of when. And it’s your reaction to them — do you use them as fuel to spur you along or do you use them as an excuse to give up — that’ll ultimately determine your success.

So I decided that if I’m going to have to deal with challenges no matter what, why not do myself a kindness and do it while moving in the direction I most want to go? You can do the same. You’ll know you’re getting challenges when you get hit by things like these:

Know this too: the key to conquering challenges is persistence. If you’ll just speak strength to yourself and keep going in the face of challenges, you’ll prove to yourself just how resourceful you really are.

What I’ve learned so far:

Showing up as yourself — this is who I am and this is what I have to offer, take it or leave it, because I am fine either way — well, that takes a strong person. To keep going when quitting would be so much easier, that takes fortitude. To look at the mountains in your life (your goals/hopes/dreams) and commit to climbing them because they matter to you, not knowing the outcome, not knowing what you’re going to encounter along the way, not knowing if you’ll even make it all the way to the summit, well that takes a solid character, that takes a person who is secure in themselves (or is learning to be), who knows and embraces their own power (or is striving toward that empowerment). To conquer yourself and what’s holding you back is not and will never be weakness; it’s the epitome of strength.

So what do you need to conquer in yourself to reach your goals?