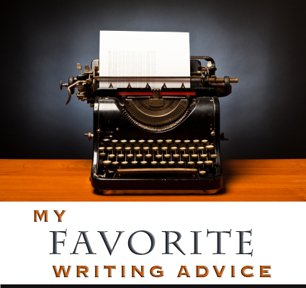 “Inspiration exists, but it has to find you working.”

Who said the writing advice inspiration has to find you working:

Well, he was a painter, not a writer, but still for any artist, I don’t think I’ve heard truer advice. You can’t sit around waiting for inspiration to strike if you want to be a writer. You have to sit your behind in a chair and write, write, write, even if it’s terrible and you think people would point and laugh if they read it. (Hint: so don’t show your first draft to anyone, not till you’re ready). If you’re already writing, it’ll be infinitely easier to be aware of what you need to do when inspiration shows up. You won’t be staring at a (sometimes scary) blank page. You’ll have a context so you’ll know where that fabulous idea belongs in the grand scheme of whatever you’re writing.

How the writing advice inspiration has to find you working changed my writing:

When I was writing my novel, SMALL AS A MUSTARD SEED, I spent four months writing and came out with what can arguably (and politely) be called junk. Really. It wasn’t very good. I didn’t know if it was going anywhere. I was considering scrapping it & working on something else. But I worked on it every day, even if it was just a little, so I could keep the ideas and characters fresh in my head. And then finally, in the wee hours of the morning, inspiration showed up in the form of a character I’d been writing about, but this time instead of being an adult, she was a little girl, in a barn, being threatened by her gun-wielding father.

I had a context for that scene because I knew a lot about my character from spending four months with her. I had a setting (rural Ohio). I had a family (mother, father, sister). I had the dynamics of the relationships between all of them. I knew how that little girl reacted as an adult; I could figure out how she’d act as a child because of it. I knew the general direction the story was going from spending four months writing about her. When inspiration showed up, I plunked that scene into the beginning of the book and let everything work its way toward the ending I already (mostly) had. You can read that opening scene, the one fueled by inspiration, right here.

Don’t wait. Inspiration (and your life) is passing you by as you stare at a blank page. Get the pencil/pen/cursor moving. Expect inspiration to come. Write and write and write, and when it finally does show up, it’ll feel like magic that’s happening.

So do you find yourself waiting for inspiration before you act? Please feel free to share your thoughts & experiences in the comment box below.

10 thoughts on “My Favorite Writing Advice: Inspiration Has To Find You Working”