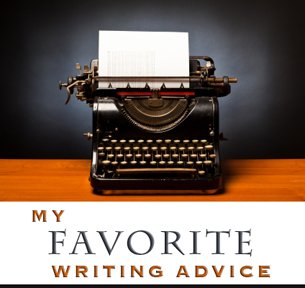 “Be wrong as fast as you can.”

Who said the writing advice be wrong as fast as you can:

Well, Stanton isn’t a book writer, but I love his advice anyway because it applies to any artist in any medium.  He went on to say: “[That] basically means, we’re going to screw up, let’s admit that. Let’s not be afraid of that. But let’s do it as fast as we can so we can get to the answer.” In a different interview, Stanton’s coworker John Lasseter said that every Pixar film was “was the worst motion picture ever made at one time or another.” In case you don’t know, each and every Pixar movie (Toy Story, Monsters Inc., The Incredibles, among others) has gone on to gross several hundred-million dollars worldwide.

Most writing first drafts are like that, too . . . the worst book/essay/poem/whatever ever written. They’re filled with random thoughts and tangents that don’t go anywhere and unresolved plot points and characters who don’t belong in the story. First drafts (& sometimes seconds and thirds) are for you as the writer to learn about the story and your own process and how everything fits together. Mistakes are an inevitable part of the writing process. And in case you don’t believe me or you’re having a hard time letting yourself write a lousy draft, you should read Anne Lamott’s fabulous book Bird by Bird in which she devotes an entire chapter to what she calls “Sh*tty First Drafts.”

How the writing advice be wrong as fast as you can changed my writing:

Well, I finally realized that the quicker I let myself make mistakes and move on, the quicker I’d get a finished book done, one that was worth putting out in the world. Every time I struggle on the page, every time I get frustrated and slow down, I remind myself to let myself be wrong as quick as I can so I can get on to the good stuff. I also remind myself that I’m in excellent company: if the brilliant creatives at Pixar can stink the first time around, well then so can I (& so can you).

So do you let yourself be wrong as fast as you can?

10 thoughts on “My Favorite Writing Advice: Be Wrong As Fast As You Can”