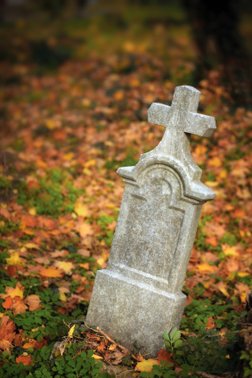 About a year ago, my dad died.

He’d been battling cancer for a decade and we’d all been lulled into a false sense that he’d just keep on beating it. So I never said the important things I wanted to say because I’d been embarrassed/angry/afraid, and I kept telling myself that I’d do it some other time. Well, he went downhill quickly and by the time I got to the hospital, he was gone. I sat there for a long time next to his bed, holding his hand, which had gone cold by then, and hoping, with the same wild hope of a kid waiting on Santa, that he would come back.

Over the next two days, I barely came out of my writing room at all. I spent all that time writing in my journal and when that got filled, I grabbed whatever was nearby (scrap paper, Post-It Notes, a couple spiral notebooks, two yellow legal pads). I said everything on my mind, asked every question I’d wanted an answer to, most of them starting with: Why? I demanded apologies and I gave some. I told him things he never knew about me. I clarified some things and offered my opinion that had never been voiced and gave long, detailed accounts of how I saw things. It was raw, sometimes painful stuff. It was also the most uncensored I’ve ever been. I didn’t edit anything or even care how it sounded. I just wrote longhand until my hand cramped and then I stretched it out and popped some aspirin and wrote some more.

Anyway, I’m writing this to save you some grief, yes, but maybe some time, too. I’m sure you know all this, right? You’ve heard it a thousand times. Maybe you’re rolling your eyes and flapping your hand at me and saying, “Jeez, I know, I know.” Right, you know. Now, I’m telling you to do it. Here’s a newsflash that’s not shocking: You don’t have an infinite amount of time either. One day, maybe tomorrow or maybe a few decades from now, you’ll just be a memory, too. But here’s the kicker: you don’t know when. The words inside you need to come out.

That includes the novel/poem/play/script/memoir inside you, too. Or maybe it’s not words. Maybe it’s the picture you always wanted to paint, the career path you wish you would’ve taken, the dream you still ponder but don’t follow. So get working. Get writing, painting, following, whatever it is. Right now. Don’t be one of the mass that, like Thoreau said, leads a life of quiet desperation.

What aren’t you saying or doing that you wish you were? What are you waiting for? Please feel free to share your thoughts & experiences in the comment box below.

Shelli Johnson is an internationally-recognized expert in the fields of obesity and weight management. Shelli has been featured four times in PEOPLE Half-Their-Size issue, PEOPLE TV, FOX TV, National Public Radio, The Charlotte Observer, among others. Her work has been published in The Plain Dealer, Thrive Global, Authority Magazine, and more. Her books, Start Where You Are Weight Loss® and Start Where You Are Weight Loss® Playbook, were both a #1 Amazon Bestseller. Find out how she can help you eat what you want, lose weight, and keep it off here. Get help and freebies to create a life you love by subscribing to her blog.

21 thoughts on “Say What You Need To Say ~ Always”