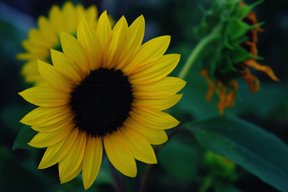 Sylvia Plath: “And by the way, everything in life is writable about if you have the outgoing guts to do it, and the imagination to improvise.  The worst enemy to creativity is self-doubt.”

Sometimes self-doubt comes in fast & hard: the first rejection, maybe, and you’re wondering if you should even try to be a published writer. Sometimes, like in my case, it comes in slowly, easing itself along through the years, grinding you down a little bit more with every rejection or every not-so-stellar review.

It took me four years to write my first novel, Small as a Mustard Seed. At first, I loved the characters (still do), and the setting, and the story. But later, as the writing began to take on a life of its own (as it always does), I really started to doubt, not only the story but myself and my ability to write it.  A few months into the work, the father arrived with schizophrenia and then, later in the process, became a Korean war veteran. Early on, it was set in a more modern time period then suddenly I realized it needed to happen in the 1960’s. It had two little girls, sisters, as the main characters. I had an overwhelmed mother struggling to keep her family intact.

How self-doubt (worst enemy to creativity) shows up

Late at night, alone in my little writing room, my thoughts were these:  I know nothing about schizophrenia. And really, what do I know about Korea? Or being a veteran? Or being in any kind of battle at all for that matter? I wasn’t even born in the 60’s, what do I know about that? I’ve never had a sister, how can I write that & make it believable? What do I know (because when I first started I didn’t have any kids) about being a mom? There were a lot of days I just wanted to quit & work on something else. Something easier, I told myself (which became kind of a joke, because there’s never really anything easier, is there?).

But little by little, I kept pressing forward in the face of all my doubts. I jotted notes in my journal like I need someone who knows about schizophrenia and ~ because the universe is a friendly place ~ a week or so later, I got introduced to a woman who had lived with an adult schizophrenic & who graciously answered all my questions about how it was to be with him when he was off his medications. I read books. I researched. I wrote about the relationship I would’ve liked to have if I’d had a sister. I knew how it felt to be overwhelmed, so I transferred that feeling to the character. I kept moving forward.

How to overcome self-doubt

I finished it & sent it out into the world. It won two awards & got great reviews. I let out the breath I’d been holding.

Was the self-doubt gone? No. But it did fade a bit, and I got to work on the next thing. So this is my little pep-talk: Don’t let any self-doubt stop you. Don’t let it make you question your motives or your intentions. Don’t let it make you ask, Who even cares? The best advice I can give you is to keep writing through it. Trust in the story & trust in your ability to tell it. I know this sounds new-agey, but trust in the universe to get you what you need. And finally, this goes along with my post last week, find a support system of people who understand what you’re trying to achieve.

What about you? Have you struggled with self-doubt? If so, what have you done to overcome it?