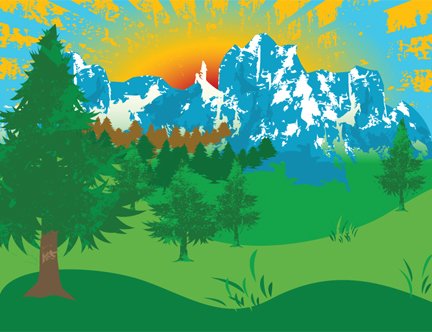 So here’s a benefit of getting burned out: you learn to simplify. To make it back to any sense of normalcy after you’ve fallen in a deep, dark emotional hole, you have to start getting rid of stuff: all the clutter that takes up time and energy and space and money.

Simplifying your stuff won’t kill you:

I cleaned out closets, the attic, the garage, drawers and envelopes and folders and boxes. I gave it all to the Goodwill or friends or strangers who needed it. You know what’s awesome? Helping somebody out with zero expectation of anything in return. Plus they were really the ones helping me, taking all that stuff off my hands.

Simplifying your work won’t kill you:

I took as much off my plate as I could. I started saying no (which is a whole other blog post!) and drawing a hard line on what I was willing to do, what hours I actually worked (think 9 to 5 instead of until midnight, taking weekends off ~ well, mostly), what kind of people I want to work with. You might think that’s a luxury. Maybe. But the bills are still paid & I’m much, much happier and more relaxed in my professional life.

Simplifying your money won’t kill you:

I started donating money, giving it to causes I believe in, to people who needed it, to organizations I want to help succeed. It changed my whole outlook on money; how it’s a means to an end, not a barometer of my worth, which sadly I used to think.  If you’re afraid there won’t be enough, giving money away will change that belief too. It’ll free you up and open you up to new possibilities. It’ll make you generous instead of fearful. I know because that’s what it did for me.

Simplifying your relationships won’t kill you:

Okay, so this one’s a little tougher, but sometimes you need to let people go. Maybe being around them zaps your energy, makes you feel less than or guilty or bad about yourself. Maybe they use you for a crutch because they don’t want to stand on their own two feet. You know this when you dread hearing from them, when that little nudge in your gut tells you this relationship isn’t good for you, when you feel like you need a nap/drink/shower after dealing with them. So I encourage you to separate yourself from those kinds of people, gently and kindly if you can, but separate yourself still.

And the end result:

Be bold. Be brave. Simplify.