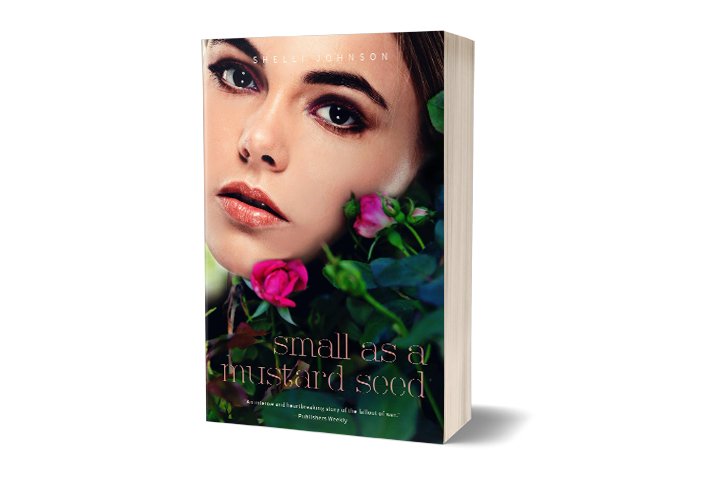 I am somewhat obsessed with war.

My grandfather fought for the Germans on the Russian front during World War II. My grandmother, in the middle of 1940s Germany, held their little family together by herself for more than six years. My dad had the formative years of his childhood in a war-torn environment and was still a kid when the country fell, when the Russians overtook the region where he lived. I grew up in the United States and saw through them what Hitler and the war had done to generations, not only to the men who fought but also to their families: their wives and siblings and children, how it changed all the relationships there, fractured them, sometimes beyond repair.

In the novel, Frank, the father, joined the army as a means to an end; he’d wanted money to go to college and to finally move away from the small town of Stanhope, Ohio. When the war in Korea erupts, he’s sent off to fight in subzero temperatures, without adequate equipment, and not realizing an event will occur there that triggers devastating post-traumatic stress, which will follow him home. He confuses reality with soul-searing memories, believing he’s still a soldier fighting for his life in battle-torn Korea, and that confusion leads to his daughters fearing for their lives.

Changed who they could’ve been

I also often wondered how war changed who they could’ve been, not only my grandparents but my father, too ~ how different his life could’ve been, what choices he might’ve made or not made, what things he might’ve said or done. How might he have behaved differently if he hadn’t grown up being taught about Nazism and the Master Race? Who might he have been if he hadn’t lived through the bombing of his city or the aftermath of the Russian takeover? Looking back, I’m sure that he would’ve been a different person. But then anyone would because you can never unsee what you’ve seen, you can’t ever undo what you’ve experienced, your dead loved ones can’t live again.

Adele, the mother who had sported Frank’s ring and given him her virginity before he shipped off, who’d also had dreams of her own, wasn’t prepared at all when he came home severely wounded, a faint shadow of the man she remembered. Hobbled by her own memories and wants, Adele scrambles to keep order while Frank’s threatening and unpredictable outbursts slowly tear the family apart.

Small as a Mustard Seed came out of my exploring how war affects generations. It’s told from the point of view of a child because kids pick up on a lot, they understand a lot, even if adults think they don’t. War changes who they are, too, and maybe they only experience it indirectly ~ they aren’t on the battlefield ~ but they still experience it, the tortured aftermath of wounded soldiers and overwhelmed mothers and blindsided family friends. They may not even understand everything, but they get enough for it to change who they might’ve become, too.

Jolene, the younger sister, is headstrong & stubborn but loyal to her sister to a fault. She wants their lives to be normal, to be like everyone else’s, just school and boyfriends and sleepovers. But her father, without warning, mistakes her for a Communist, for an enemy solider or a Korean villager, and leaves her clambering to protect not only herself but her older sister as well.

Love & hate at the same time

There’s also the idea of how you can both hate someone, hate their behavior and what they’re doing to you, and love them at the same time because they’re your blood. How do you cope with that because it’s such a conflicting emotional situation? Maybe some people would just leave, never look back, but no matter how far you run, the ties are still there, the mental scars of years and years of violent events don’t vanish with distance, no matter how much you might wish they would. And maybe some people would stay, would internalize and blame themselves, and that destroys a soul, too.

And finally, Ann Marie, through whose eyes the entire story is told, is just trying to navigate her way through her childhood and keep herself ~ both physically and mentally ~ intact. She loves her parents fiercely and, at the same time, is helpless as a child to do anything about what’s happening around her. She loves her sister with that same intensity and is helpless, too, to make their situation any better.

Finally, there’s the idea of family and no matter how dysfunctional it may be, it’s still the thing that shapes your life and who you are. It’s about love, too, even when that doesn’t look the same for everyone, even when people do things that are misguided and wrong but the intention behind their actions is love. And too, it’s about trying to fix a mistake long after the fact even when it feels like there’s no resolution to it. It’s about the trying because you’re a family and family matters, it’s about the effort to make it right whether or not it works out.

You can read an excerpt from Small as a Mustard Seed here.

My novel, SMALL AS A MUSTARD SEED, is available now as an eBook at your favorite retailers.

4 thoughts on “Why I Wrote My Novel, Small As A Mustard Seed”