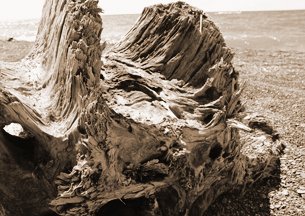 Persistence is the difference between success and failure

One of the main reasons that people fail to achieve their dreams once they start pursuing them, according to a variety of seminars I’ve attended, is that they give up too soon. They either underestimate the time it will take to achieve their goals or their ego gets in the way and they’re not willing to grow slowly. So they quit.

But persistence leads to your success.

Following a dream is sometimes a rough undertaking. You have to expect obstacles from the start. If you know they’re coming, you won’t be thrown off-guard when they finally show up. And, most likely, they will show up. They’ll come in the form of: other people’s negative opinions, rejections, a bad decision you made, fear, lack of sales, lack of money, bad reviews, just to name a few.

It’s your job, as the dream follower, to face them head on, to not back down, to keep moving forward in the direction of your vision no matter what gets thrown at you. Many people get stuck when they hit opposition. They slow down, then stop. Finally, they give up. Here are some things I’ve run into, just to give you an idea:

Is it worth it? you might ask. Yes. Because, overall, I’m happy & I love what I’m doing.

Persistence leads to your success

If you know opposition is coming, if you mentally prepare for it, then it won’t sidetrack you when it finally shows up. If Winston Churchill had given up, we might all very well be speaking German right now. He didn’t, the tides of World War II turned, and Hitler was defeated. Churchill was facing down the Nazis. You’re just following a dream.

Do you believe persistence matters? Please feel free to share your thoughts & experiences in the comment box below.

43 thoughts on “Why Persistence Matters”